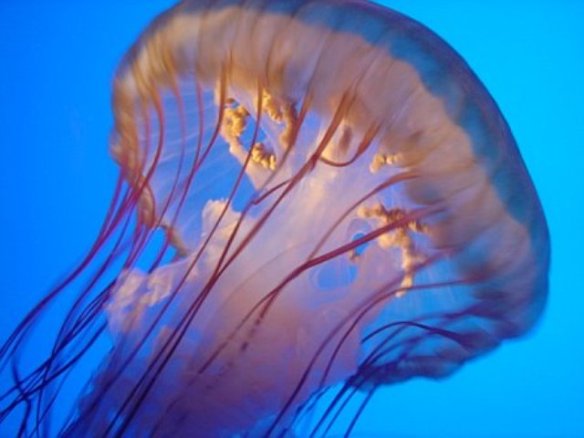 a few years ago a relative told me i reminded her of a jellyfish.  i was confused and she explained: she saw me as translucent, a pearly bubble ready to burst with all the colour and potential and goodness inside me.  she said i couldn’t see it, but she could.  it was a sweet conversation and one i remember once in a while.

maybe it’s all the end-of-2012 talk, but lately i’m beginning to feel those colours emerging.

something has shifted. like i’m breathing a sigh of relief. like i made it to the other side of something. i don’t feel quite so intensely compressed, like i’m a tube of toothpaste and someone is trying squeeze every last bit out.   although everything looks the same, something unseen and profound feels to have taken place.

but instead of feeling ungrounded or anxious, i feel peace.

-i’m not being punished.

-there’s nothing to feel guilty about.

-it’s not about the money.

whatever i used to say to myself that stopped me from doing what i really love to do, does not work anymore.

and saying that ‘i still don’t know what i really love to do’ (my usual fallback) is also an excuse, of sorts.  maybe i don’t consciously know, but it’s there nonetheless, and moving within me.  something inside has cracked and there’s an opening…to something that’s been closed a very long time.  the hope that maybe i can create whatever i want.  maybe, just maybe, everything i’ve believed for 30+ years no longer has power over me.  it’s subtle yet undeniable.

just the act of putting pen to paper (or fingertip to key) shows that something has shifted.  why today?  why after years and years, did some part of me decide that yes, today is the day to write?

my story that’s not a story. 🙂

13 thoughts on “year of the jellyfish”