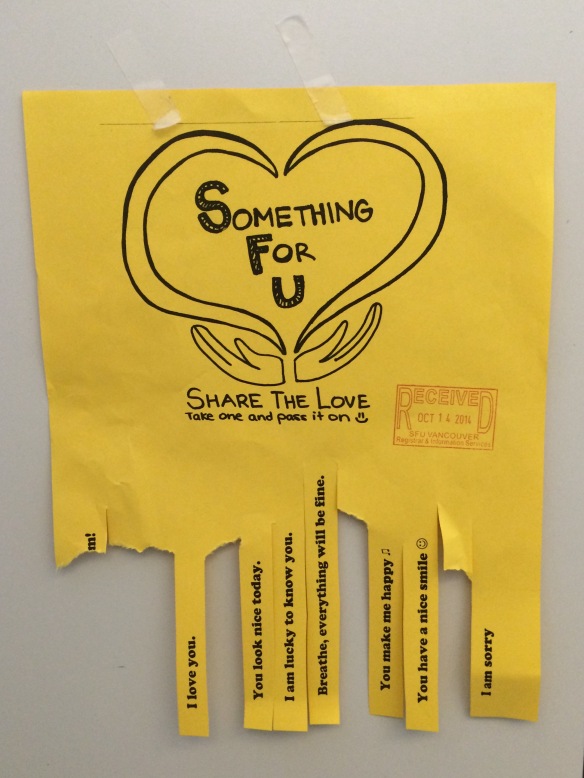 a part of me has always thought that blogging is, for the most part, really self-indulgent.  i’m kind of embarrassed to admit that up until recently i would often have snide thoughts about bloggers; for example, watching people sitting in cafes typing away on their laptops – “what a cliche”, i would think disparagingly. i would make judgments about those people i didn’t even know: what could they possibly say that’s so important?  what, are they typing the next big screenplay or something?  don’t they have a real job that they should get to?

ouch.  i now realize my attitude had more to do with my own wanting to be sitting in a cafe, typing away on my laptop, instead of being so drained by a soul-sucking job that any creative pursuit was not within my realm of possibility.  in short, turns out that i was just longing to do the same. to be one of them.

when people ask me what my dream job is, i automatically think ‘carrie bradshaw’.  but those voices immediately stampede in (you know the ones):  as if!!!  you can’t make money from that!  what do you know about sex and dating?! this city isn’t new york!  writing is so competitive! you don’t have the education!  it’s an effing tv show!

my point isn’t that i want to be the next carrie bradshaw.  it’s that i’ve (almost) killed that little inner voice that just wants to do something for the sake of doing it, not be judged or critiqued or made into a career of any kind (though i am open to that!).

i’m realizing how toxic our projections can be.  and it makes my heart heavy.  when we stifle that little voice (our creativity, our spark, our intuition) in ourselves, and see others appearing to live their dreams, it feels so painful and we can get downright nasty in our thoughts.  we resent them for doing something we most want to, but feel we can’t. i don’t want to be that cynical person who’s not genuinely interested in what cool things other people are doing, or begrudging their success.  i don’t want to cut myself off from the creativity that’s flowing within and around me and others.

so why blog?  because feeling like you can express yourself is a very cool thing.  the fact that the entire world can see it makes it even cooler. it’s a different kind of cool than writing in a journal, which i do think is a fantastic and therapeutic thing to do.  and it’s way cooler, in my humble opinion, than facebook, which is less about self-expression than it is a narcissistic ego trip.  (ok, i’m exaggerating; i’m not totally against facebook…it just pushes my buttons.)

my aversion to blogging was just those mean inner voices trying to convince me i have nothing worthwhile to say.  in reality they’re not really mean. they’re just scared of feeling open and vulnerable and at-risk.  there’s no other option though.  the old way isn’t working.  i don’t want to be the person who watches from the sidelines while everyone else makes their music.  i want to grab the maracas and join in the fun.